Notice of Distraint Issued by HMRC

The Notice of Distraint issued by HMRC has. however, been in use since the Enterprise Act in 2002. Once introduced, HMRC had to concentrate its efforts on unpaid taxes, as it was no longer a preferential creditor.

A distraint order allows HMRC to seize company assets without petitioning the court. After exhausting all attempts to receive the outstanding tax, HMRC may issue this order.

An HMRC tax debt problem generates a Notice of Distraint order to:-

The main motive for individuals considering starting a business, particularly incorporating a limited company as the platform to trade, rather than a sole trader, however, is to gain limited liability.

Limited liability provides directors with protection when a company fails. A limited company is a separate legal entity to the directors, so liability lies with the company and not the director.

It is important to note, however. HMRC can transfer a limited company’s tax debts to directors if they act fraudulently or mismanage the company. This applies to all taxes HMRC collects

So you’ve been served a Distraint Order?

HMRC acts on behalf of the government to collect taxes to pay for services provided to the public. However, those non-paying tax individuals and concerns require a strategy to secure the unpaid tax by attaching a surcharge to late payments.

You should note that HMRC only makes a distraint order once they have carried out, therefore numerous requests for payment without any result.

So do not ignore a distraint notice once received.

Once received, the notice provides five days for you to reply, while paying the amount detailed in the distraint. Failing to do so prompts HMRC to secure assets to sell in public auction to pay the debt plus costs.

However, HMRC has adopted various methods for collecting debt.

Therefore, it is important to maintain negotiating with HMRC. Especially when you can’t pay VAT.

A “Notice of distraint“. HMRC uses more and more, putting pressure on companies to pay. So, ensure you comprehend the implications of the document.

Should your company remain unable to pay HMRC, you may make Time to Pay arrangements. Falling to maintain your payment plan agreed with HMRC or ignoring warnings will prompt a distraint order.

Notice of Distraint Issued by HMRC and how to contact them

A common perception remains that HMRC is hostile in its strategy of collecting overdue money (not physically).

Before an HMRC officer visits your business premises, he sends you a post notification advising you that the tax is overdue. Therefore, when a Bailiff or HMRC officer arrives at your business with a “Notice of Distraint issued by the HMRC“, it can come as no surprise, as the company has had a warning in writing. You will find their contact detailed in the top right corner of the letter.

So, once you receive the letter, contact the HMRC and “START TALKING.” Do not ignore a Notice of Distraint Issued by HMRC.

Your company has a ‘Notice of Distraint Issued by HMRC’ served on it.

Once in receipt of HMRC enforcement notice, contact HMRC immediately. They can remove it if you engage in negotiations. Do not avoid it. If you wish, seek independent advice from an independent licensed insolvency practitioner. HMRC is determined when collecting money. Soon, an HMRC distraint officer will be at your premises to take an inventory of assets. If forced, they will sell them to pay for the Overdue Tax via a public auction.

Receiving a Notice of Distraint and your Insolvent.

If your business is trading while insolvent, and you receive a Notice of Distraint. You should seek immediate help from a licensed insolvency practitioner. Do not be tempted to sell assets of the company while insolvent.

Book a Virtual Meeting - Free Confidential Advice
If you need help understanding the best way forward for your company, we can provide confidential free initial advice. You can book a free virtual meeting or call us on 0800 612 5448..
Book Virtual Meeting 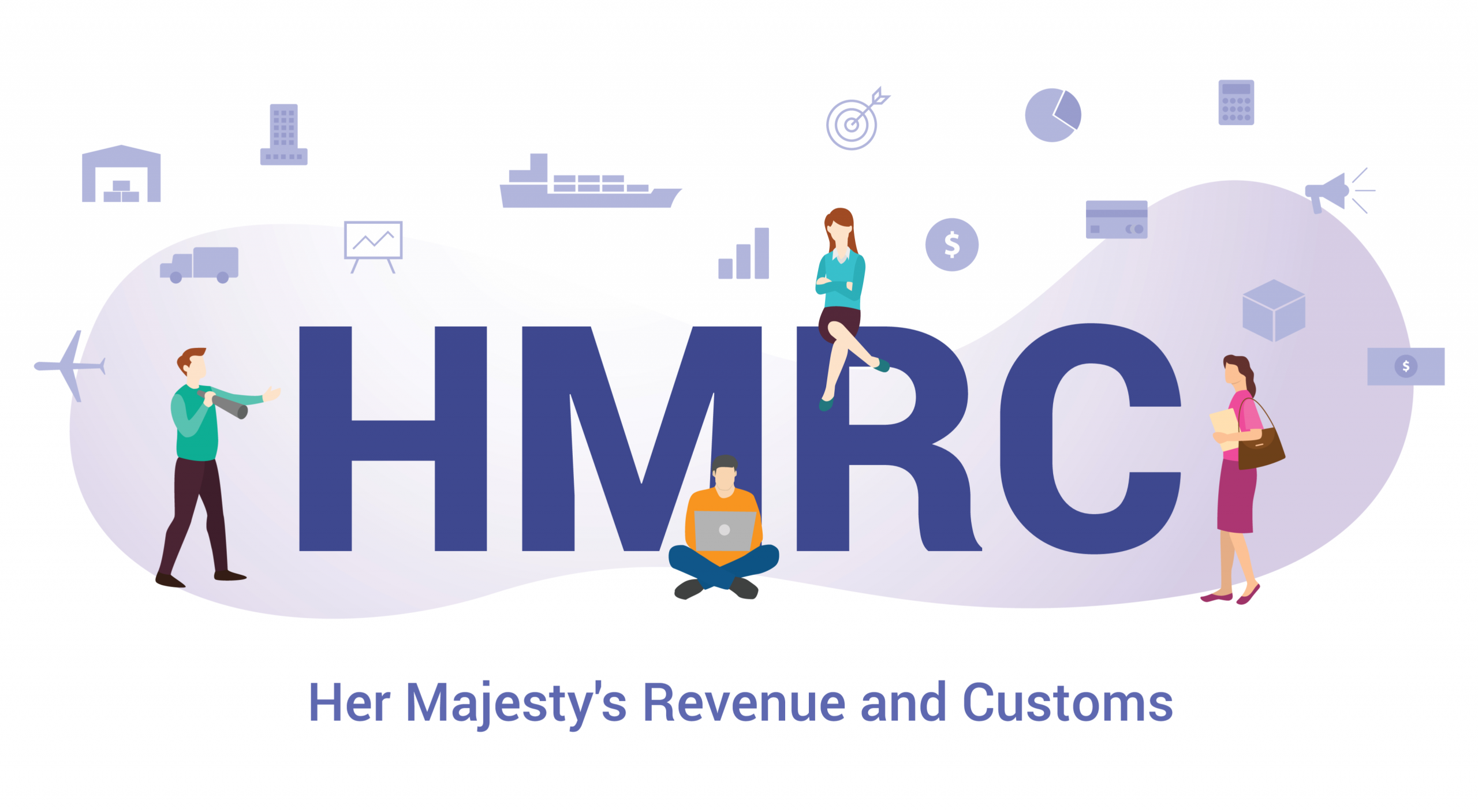 Notice of Distraint Issued by HMRC – What can I do when receiving distraint?

However, if you require additional time to pay, please contact the team at HBG Advisory.

A CVA and a Company Administration provide time and continuity of business while sorting payment to HMRC.

A licensed Insolvency Practitioner will deal with this matter on the company’s behalf.

However, if your company remains viable and insolvent, the directors should consider, therefore, a voluntary liquidation option.

Therefore, you need help from a licensed Insolvency Practitioner, as found in HBG Advisory.

So agreeing to liquidate your insolvent company voluntarily, a creditors voluntary liquidation applies.

However, if there is any doubt of the future, especially the Coronavirus COVID-19 pandemic period, we can help with the notification of liquidation or the intention of appointment. Both options stop any further measures or removal of goods from your premises.

Who may also serve a ‘Warning of Enforcement by Distraint’ Letter?

HMRC does not remain alone in issuing a distraint notice. Should your company have arrears of National Insurance contributions, VAT & PAYE? Then the same will probably apply to trade creditors remaining unpaid.

Other creditors can also serve a distraint order against your company. However, the difference is that HMRC and landlords can do so without going to court. Therefore, this added requirement lessens the chance of obtaining a distraint notice from anyone else, except HMRC.

So understanding how to deal with receiving an HMRC enforcement notice is important.

HMRC, however, can use the issues of distraint to collect any unpaid tax. The officer, however, is empowered to enter commercial premises to complete an inventory and serve the order.

It is essential, however, that you begin negotiating with HMRC as soon as possible when you can’t afford to pay HMRC demands.

Notice of Distraint Issued by HMRC – Winding Up Petition

Failure to deal with an Enforcement By Distraint letter through avoidance may therefore lead to the company receiving a winding-up order, leading to a Compulsory Liquidation. So it is essential to understand dealing with a winding-up petition.

Hours they may attend?

So having arrears of National Insurance contributions allows HMRC officers to call anytime within the regular business hours. Should the tax arrears however be VAT, they can call between 8 am and 8 pm unless your company operates different trading hours, such as a nightclub.

Support Is Just A Call Away
Business recovery for distressed directors and limited companies.
Free advice from approachable team of advisors.

Page load link
We use cookies on our website to give you the most relevant experience by remembering your preferences and repeat visits. By clicking “Accept All”, you consent to the use of ALL the cookies. However, you may visit "Cookie Settings" to provide a controlled consent.
Cookie SettingsAccept All
Manage consent

This website uses cookies to improve your experience while you navigate through the website. Out of these, the cookies that are categorized as necessary are stored on your browser as they are essential for the working of basic functionalities of the website. We also use third-party cookies that help us analyze and understand how you use this website. These cookies will be stored in your browser only with your consent. You also have the option to opt-out of these cookies. But opting out of some of these cookies may affect your browsing experience.
Necessary Always Enabled
Necessary cookies are absolutely essential for the website to function properly. These cookies ensure basic functionalities and security features of the website, anonymously.
Functional
Functional cookies help to perform certain functionalities like sharing the content of the website on social media platforms, collect feedbacks, and other third-party features.
Performance
Performance cookies are used to understand and analyze the key performance indexes of the website which helps in delivering a better user experience for the visitors.
Analytics
Analytical cookies are used to understand how visitors interact with the website. These cookies help provide information on metrics the number of visitors, bounce rate, traffic source, etc.
Advertisement
Advertisement cookies are used to provide visitors with relevant ads and marketing campaigns. These cookies track visitors across websites and collect information to provide customized ads.
Others
Other uncategorized cookies are those that are being analyzed and have not been classified into a category as yet.
SAVE & ACCEPT
This website uses cookies and third party services. Ok