We Work Alongside Your Accountant 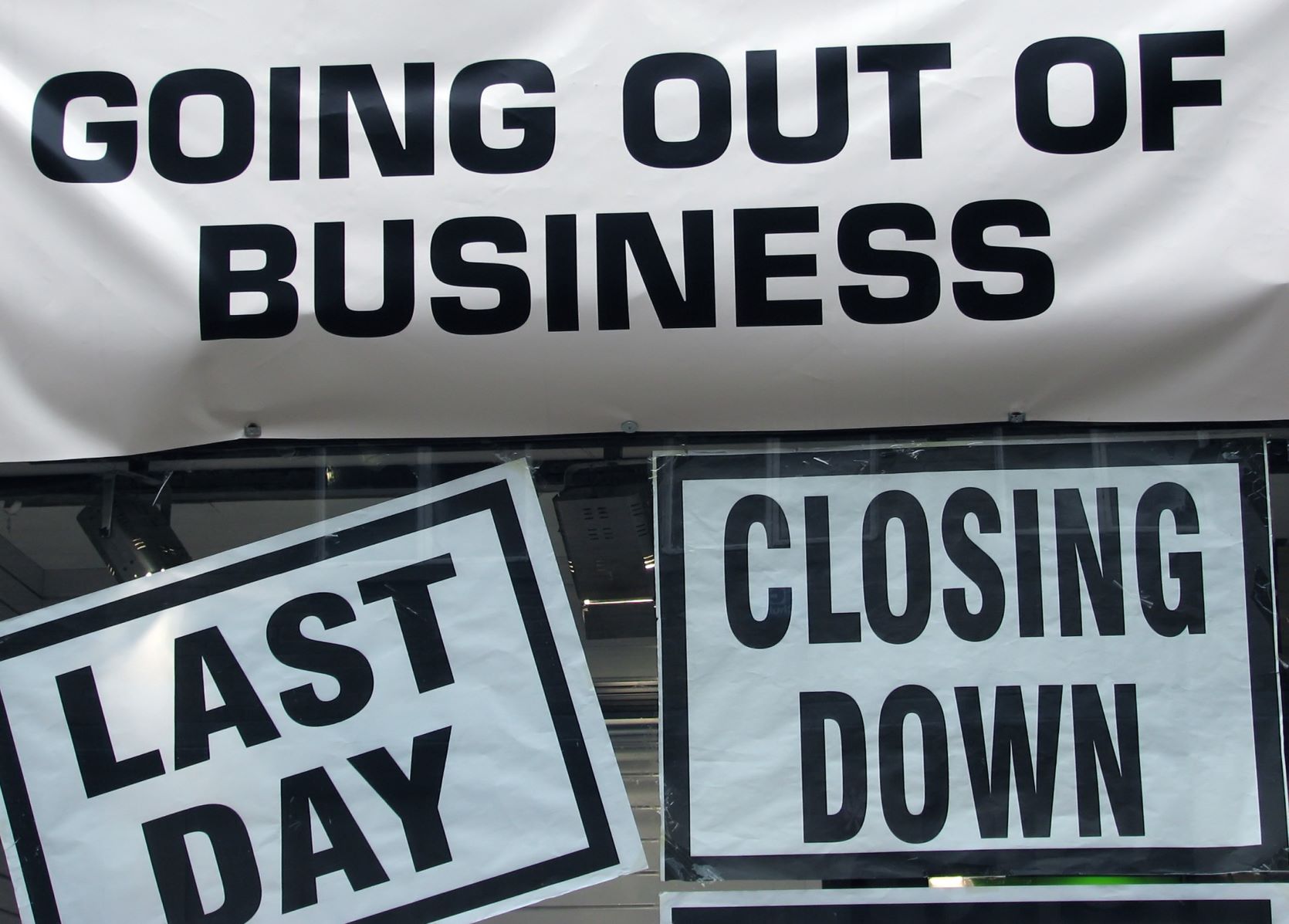 What is a Company Voluntary Arrangement (CVA)?

A CVA is part of a company rescue and recovery package used by insolvency practitioners to help struggling companies that are viable to continue trading while protecting themselves from creditors.

A company voluntary arrangement remains a formal agreement between the failing company and its creditors. The agreement then allows you as the director to keep control of the company and continue trading. Therefore, allowing you time to deal with creditors.

Used for Limited Companies registered in England and Wales.

A CVA with or without a moratorium to help distressed companies in place. May assist your company in avoiding the outcome of statutory demands and winding-up petitions—action by creditors. Moreover, once approved, it removes creditor pressure either by excluding historic debt or allowing you to unblock and remove outdated accumulated debt.

The details of each CVA will then vary depending on the company’s situation. The essence that the company’s debt, whether in full or part, will be repaid over some time from future trading profits (or capital realisations) of the company as cash flow allows. Not all debts are paid, but only an agreed percentage. Unsecured Creditors then usually receive more in a Company Voluntary Arrangement (CVA) in the long term than in a Liquidation.

Secured creditors’ security is then not affected.

A CVA does not bind preferential creditor without their authority. Secured creditors then remain able to vote, though only in respect of the unsecured part of their claim.

For further expansion on insolvency, please read ‘what is company insolvency in the UK‘?

Cost to Propose a CVA?

The most significant cost you will have to cover in setting up the arrangement is the cost of instructing an insolvency practitioner to prepare and submit the CVA proposal to creditors for approval on your behalf.

Refereed to as nominee’s fee, it will vary depending on the:

Nominee fees usually range between £5000 and £10000. However, the companies creditors decide on the cost of supervising the CVA.

The fees Insolvency Practitioners receive are from those monies paid to creditors in the CVA, as it was they who agreed on them.

We’ve helped many businesses bypass liquidation and dissolution through using a CVA. Contact the team at HBG Advisory for a free, confidential consultation.

CVA’s can be practical solutions for limited companies needing to retain specific certifications or contracts which directors cannot transfer to another company. However, directors must remember that drawbacks exist with a CVA. For example, a CVA impacts a company’s credit score, potentially affecting companies’ ability to gain future credit and open trade accounts.

Does a creditor voluntary arrangement apply to a single trader?

If you’re a sole trader or self-employed, apply for an Individual Voluntary Arrangement (IVA).

When will a Company Voluntary Arrangement (CVA) be most helpful?

Is your struggling company eligible to even propose a CVA?

Many companies present as failing companies, and so fail the opportunity to have a CVA. If your business model moving forward shows, it is not viable. Then creditors usually reject the request.

To successfully propose and comply with a CVA, your company needs to have all the following characteristics:

Is A Company Voluntary Arrangement (CVA) An Insolvency Procedure?

Yes. Though not a closure insolvency process. The arrangement, however, remains hallowed in insolvency law. (Part 1 of the Insolvency Act 1986).

A CVA is considered an Insolvency Business Rescue procedure. It allows companies breathing space to recover.

The drafting of the CVA proposal includes:

The HMRC are offering support to UK businesses during the coronavirus COVID19 pandemic. For further reading, please view HMRC support for contractors during the pandemic.

Advantages and disadvantages of a Company Voluntary Arrangement

The Advantages Of Entering A CVA:

A potential benefit of a CVA varies depending on the size of the company. Smaller UK companies experience financial problems and wish to propose a CVA to creditors, holding the opportunity to make an application to the Court for a moratorium. A moratorium then stops any creditor action against the company whilst it seeks an agreement, with all the company creditors to sort their debt situation then.

Medium and large-sized limited companies not afforded this.

Not having the ability to have an automatic moratorium limits a CVA. Therefore, CVAs often combine with a company administration, enabling the company to benefit from a moratorium from being in administration.

The Disadvantages of entering into a CVA

A company administration is a formal procedure in which an insolvency practitioner acts as the administrator and takes control of the company to bring about a recovery.

A CVA helps shield your company while providing a greater return, usually to its creditors, than perhaps an administration may achieve. The directors, however, remain in charge of the company and remain to trade.

What effect does a CVA have on creditors?

Once confirmed, the CVA binds all the unsecured creditors of a company entitled to vote on the CVA proposal.

Consequently, a CVA binds creditors who:

Once bound by a CVA, a creditor is prevented from taking steps against the company that the terms of the CVA legally prohibit, as it is a legally binding contract for both the company and its creditors supervised by the appointed licensed insolvency practitioner.

How Long Does A Company Voluntary Arrangement Process Take?

Firstly, once your company has then passed the test to ensure the company may survive through a CVA. Then the directors prepare and submit a proposal to the companies creditors collectively while under the help of a licensed insolvency practitioner. The insolvency practitioner appoints a nominee to your company while the process of executing the CVA.

Usually, the CVA process takes one to three months to prepare, then appointed and agreed upon. While in between drafting and having it accepted, the company is protected from any creditor legal action.

The first stage of achieving a CVA. The insolvency practitioner drafts a CVA for approval of the company’s creditors and the Court. Then the as yet not approved proposal is presented to the Court before the creditors’ meeting.

The process of drafting and having the creditors agree to a CVA should take 90 days or less, depending on how complex the proposal?

CVA – How long does a Company Voluntary Arrangement process last?

A CVA lasts between two and five years.

Usually, a CVA has a term from two to five years. Each CVA has a different term as each CVA differs. The sooner the company can settle its creditors, the shorter the term. In exceptional cases, a CVA may even extend further than five years.

As Insolvency practitioners, we issue a report that works out an arrangement covering the amount of debt you can pay and a payment schedule. The term could be over one payment or an extended period, i.e. 60 months. Creditors then vote and either agree or disagree with the proposal.

For the Company Voluntary Arrangement (CVA) to get approved and put into place, 75% of creditors entitled to vote by value, then need to vote for creditors.

If approved, then the company must keep up with its scheduled payments to creditors. The Insolvency Practitioner monitors the company until the final payment as per the CVA order.

If the company doesn’t keep to its scheduled payments, then any one of the creditors can apply to wind up the business.

CVA – How Then Does A Company Voluntary Arrangement differ from Liquidation?

A Company Voluntary Arrangement is an arrangement with creditors to pay back outstanding debt at a particular date over an agreed period. Payment is either at 100% or a reduced amount, i.e. 40%. However, a liquidation closes a company, the assets realised, and the money proceeds distributed to creditors.

Does the company that proposes a Company Voluntary Arrangement (CVA) have the advantage of a legal moratorium?

Up to the 25th of June 2020, a CVA proposal made in respect of a “small company”, the company could secure an interim moratorium, like the moratorium that applies to a company in administration. Notwithstanding its repeal by the Corporate Insolvency and Governance Act 2020, the former moratorium remains no longer since its repeal introduced the Part A1 moratorium.

No matter how big or small, any company may use the new Part A1 moratorium process instead, though subject to eligibility criteria.

For further reading, please view ‘applying for a moratorium under CIGA 2020‘.

A Small Company – How Then Does It Qualify?

All personal guarantees made by directors securing debt for the company then shall remain in place during a CVA.

Normally creditors holding certain guarantees of guarantee comply with the terms of the CVA, because this allows them to recover their money. However, then a creditor can become impatient and call in the guarantee.

Insolvency practitioners may have creditors challenge a CVA; however, quoting ‘unfair prejudice’.

SIP 3.2 (Statement of Insolvency Practice) states insolvency practitioners, therefore, need to be aware that an equitable balance needs to be struck between the interests of the company requiring a CVA and its creditors.

Let HBG Advisory help you, with arranging a Company Voluntary Arrangement. For further assurance, view the team at HBG Advisory.

What will happen to a creditor’s winding-up petition if a company’s CVA is approved?

If the applicant is not a majority creditor and is therefore unable to control the CVA approval vote, the petition is automatically dismissed? Or the Court grants the winding-up order? Thus, the CVA binds all known and unknown secured creditors, so logically it will be rejected,

Options other than a CVA.

Suppose your company finds itself insolvent. Once you have consulted a licensed insolvency practitioner, options depend on the individual circumstances of your company financially.

Many directors consider a CVA to cease creditor pressure and allow your company to sort paying its creditors.

However, the benefits of a CVA may not be the best process, and so opt for another solution.

Various insolvency solutions exist for UK companies. They include:-

Applying for a Moratorium under CIGA

CVAs in the UK National News

Lately, CVAs are in the national news more than usual. Those entering a CVA are household names and have taken the public by surprise. Indeed, the reality of our economic situation in the United Kingdom has affected well-known high street brands, including LK Bennett and Monsoon.

It is interesting that using a company voluntary arrangement has not courted controversy as previously experienced. It would appear those creditors impacted have resigned themselves to the current situation. However, some creditors have challenged CVAs, and they are still ongoing, as examples with Caffe Nero and Monsoon.

CVAs have to be reasonable. Failing which creditors may revolt and challenge the proposal.

CONTACT OUR EXPERTS. Meet the Team at HBG Advisory

CVA – Commercial Rents In the UK.

Since the pandemic, long-standing tenants are again leveraging landlords to reduce rents. Many enter into a CVA and additionally consider other rescue options, like an Administration or a Pre-pack Administration; Closure options include Liquidation.

Book a Virtual Meeting - Free Confidential Advice
If you need help understanding the best way forward for your company, we can provide confidential free initial advice. You can book a free virtual meeting or call us on 0800 612 5448.
Book Virtual Meeting